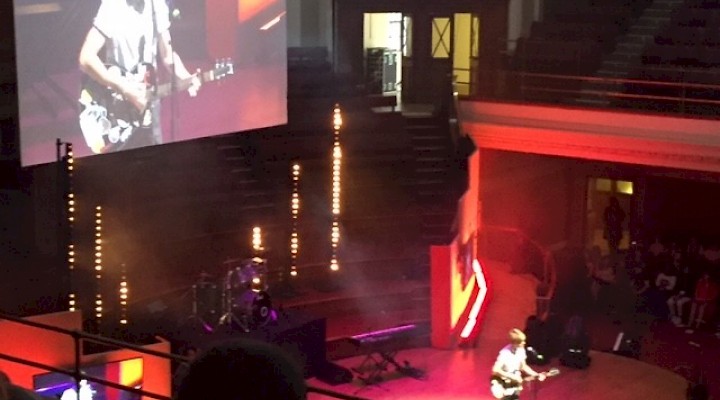 Hampton College students were amongst those recognised at an award ceremony in London on 4 October. Yasmin Noble, Segun Okunrinboye and Aaliyah Hussain were recognised for their outstanding achievement at GCSE in 2017 and Bradley Matthew’s received an award for overcoming difficulties earlier in his school career, to go on to be successful in his examinations. The annual event is staged by PiXL, an association representing nearly half of all secondary schools in England, which promotes high aspirations and supports schools in preparing students for public examinations.

The event was held at the central Methodist Hall in Westminster, just across from Big Ben and the Houses of Parliament. Our own Nathan Copland performed to a packed auditorium of young people, teachers and parents. Nathan performed his own composition and very much held his own in an impressive line-up of performers, which included a full gospel choir, an opera singer, a Brit School guitarist and a dance group.

The awards were presented by the Game Of Thrones actor, James Cosmo. The students were delighted that James stayed behind after the event for all award winners to have a ‘selfie’ taken with him. We were thrilled to have Hampton College students recognised at such a prestigious event. We hope that our Year 11 students will aspire to be amongst the PiXL 2018 award winners.